06 Nov 2018
Reetu Sogani describes the special bond between women in India and the country’s natural resources – a connection that positions them as key preservers and managers of biodiversity. Despite this, women’s voices often go unheard in policies intended to support biodiversity conservation. 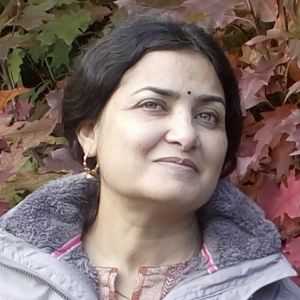 Reetu Sogani is a development practitioner and researcher who has worked at the grassroots in the Himalayas in India for 20 years. Her work focuses on strengthening biological and cultural diversity, people’s rights over their resources and knowledge systems, and examining what ensures food and nutrition security in the face of factors such as climate change.

She advocates mainstreaming the perspectives and knowledge of women and marginalised communities into development processes at national, regional and global level.

From lush forests to fertile soils, rich water sources to vast grazing lands, India has an abundance of natural resources. How would you describe women’s relationship to these resources and their role in conserving them?

RS: Across India, women are, traditionally, closely connected with natural resources and their informal management. This stems from women being principally responsible for the subsistence of their families and communities, and the need to secure resources to fulfil this responsibility.

Through this close connection they build up tremendous knowledge of ways to protect, use and sustain natural resources. And there are many examples from India of how they apply this knowledge: in many parts of Uttarakhand state, such as the villages of Tola (Almora district), Gehna (Nainital district) and Chakdalar (Nainital district), women are active forests stewards. They divide the forests into sections – some sections are opened up to the community for certain periods of time each year, others are kept closed.

Women set and implement rules on wood and biomass (such as fodder, grass, and dry leaves) collection, ensuring forest reserves are used sustainably and equitably.

Women prefer – if given the opportunity to decide – to nurture diverse forest species that can be used for compost, fodder, fuelwood, water recharge and herb-based medicines. They grow traditional crops that have high nutritive value and ensure food and nutrition security - not just for human beings but for animals too.

Crops are grown using mixed cropping systems, where 8-12 crops are grown together in one field. This maintains soil fertility, arrests soil erosion, and ensures availability of different types of food in the household.

These practices are being adopted by women in other parts of India, born out of an intrinsic concern for human, animal and environmental health; the women believe protecting their environment, and those living in it, is possible by maintaining cultural and biological diversity. 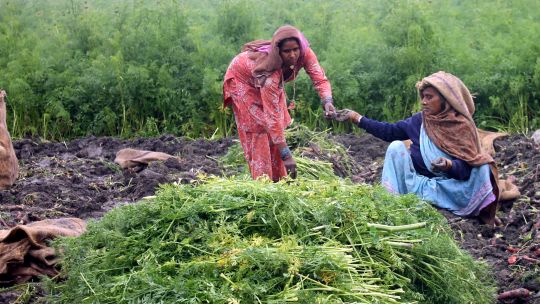 Women use this knowledge not only to conserve natural resources, but to develop new techniques and strategies to tackle the many threats to the environment – such as forest degradation and forest fires, human-animal conflict and changing weather patterns. These traditional knowledge-based – or ‘biocultural’ – innovations include devising new methods of intercropping, reviving climate resilient crop varieties and maintaining traditional systems of forest, land and water conservation.

These practices are environmentally sustainable and economically viable – often more so than many of the top-down mechanisms, products and strategies that are being developed.

How does this shape women’s role as conservers of biodiversity? Does their role differ from men’s?

RS: Men’s roles and responsibilities tend to connect them with the market and give more ready access to information. Being in touch with the outside world, and with the latest techniques and practices, they are often more commercially oriented, concerned with production for profit. For the majority of women, the priority is supporting the family and community – from rearing livestock that sustains local people, to growing crops for household consumption.

With a stronger role in connecting natural resources and traditional practices, and with an abundance of knowledge at their disposal, women are more cautious about introducing new methods or processes that threaten the sustainability of these resources.

This difficult situation is worsening as men increasingly migrate away from rural villages, into towns and cities. Women are left in rural areas to work the land and carry out all responsibilities both within and outside the house

Based on experience, observation and inherent wisdom, there is mistrust of synthetic inputs: if used over time, chemical fertilisers can make soil dry, hard and lumpy; pesticides have adverse effects on human and animal health while also polluting ponds and lakes which are important sources of irrigation and sometimes drinking water.

Hybrid seeds are generally found to be unreliable in terms of productivity and are costly. Many feel the introduction and gradual dependence on these seeds has resulted in the decline and erosion of traditional seed diversity.

A 65-year-old woman farmer, named Parvati, from a village called Chak Dalar in the Nainital district in the state of Uttarakhand, told me: “Hybrid seeds, pesticides and fertilisers began to enter our village in the 1970s. Had women been asked or informed we would have never allowed these to enter our villages, houses or fields. These poison us and our environment.”

Are the voices of women farmers excluded? Why?

RS: Yes. In India, people are recognised as 'farmers' only when they have land in their name. Women may work on a piece of land for their entire lives, but they are never given ownership and so are not acknowledged as farmers.

The government sets up various schemes, forums and mechanisms to deal with the needs, problems and challenges that farmers face relating to land, water and other natural resources – but women are mostly excluded from these platforms and programs.

Women have the skills and knowledge of practices that would enable communities to maximise crop production and strengthen food security. But they are prevented from putting this knowledge into practice. Despite taking on all the responsibilities that come with working the land, they are excluded from any decisions relating to it.

This difficult situation is worsening as men increasingly migrate away from rural villages, into towns and cities. Husbands, brothers, sons and other men in the family are losing interest in land-related activities and leave in search of better livelihoods.

Women are left in rural areas to work the land and carry out all responsibilities both within and outside the house – which increase as the women carry out these tasks single-handedly. And with low or no ownership over productive assets and resources, and little access to decision-making forums and processes relating to natural resource management and other aspects of their lives and livelihoods, their situation has worsened.

Are the voices of women being heard in policies – at local, national and international level – that support biodiversity conservation in their communities?

RS: Unfortunately not. Added to the obstacle around land and ownership, women face many other issues, preventing them from participating in policy processes. They are responsible for household chores, care work and supporting the livelihoods of their families – this often confines them to the household and the surrounding area.

Culturally, it’s not considered 'appropriate' for women to attend public meetings and to actively participate. Even at local level, they are discouraged from doing so. And when women are members of decision-making bodies, they are often not informed with the due notice needed to rearrange their household or community responsibilities.

When women do join meetings, they are often discouraged from speaking in front of elders and males. Their ideas go unheard, queries remain unanswered and suggestions are not acknowledged or accepted. This can even be the case when they are chairing a meeting. All these factors discourage women from attending public meetings.

So, lack of mobility, access to information, constraints and socio-cultural context pose a real challenge.

The situation is changing now with more and more women attending, participating and contributing in public meetings, especially at local level. But change is slow in coming; women (especially grassroots women) are still rarely involved in the forums or bodies at national and global policymaking level. Efforts and strategies are being made to encourage their participation so as to integrate their priorities, experience and opinion.

There’s clear evidence that women, with their knowledge and skills, are key contributors to biodiversity conservation and their voices must be heard at all policy levels. There have been some efforts, for example from the Convention on Biological Diversity, to mainstream gender into biodiversity policies. But more work is needed. Women need more opportunities to share their priorities, needs and experiences to get the recognition they deserve - as key agents in managing natural resources and stewards of the biodiversity so crucial to their families, communities and culture.

END_OF_DOCUMENT_TOKEN_TO_BE_REPLACED

IIED is working with partners in the UK, China, India and Kenya to establish a new partnership and network for interdisciplinary research on Indigenous food systems.
Indigenous biocultural heritage for sustainable development

IIED worked with partners in China, India, Kenya and Peru to explore how the interlinked traditional knowledge, biodiversity, culture and landscapes – the biocultural heritage – of Indigenous Peoples can contribute to sustainable development.